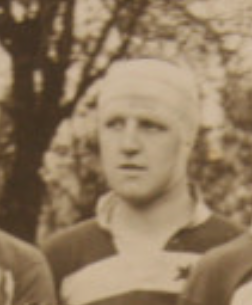 LE Denton stands resolutely with his 1913-14 Saracens team-mates in the surviving team photo, looking every inch the exact type of steadfast, solid and dependable forward that you would always want on your side.

He is recorded as playing for the club in this final season before the outbreak of war, appearing in the fixture v Twickenham on 1st November 1913 and again v the 2nd Life Guards on 7th March, 1914. However, his nomination to the ‘best side’ of that season by club historian ORG Williams clearly illustrates that he was a regular for the 1st XV throughout this period, adding a try to the Club’s overall points tally, too.

Our research to-date has identified that our 1913-14 Saracen is most likely to be Louis Edward Denton, born in 1891 in Holloway, Islington to parents Samuel and Mary. He was one of 11 siblings in a large family, which his father supported from his profession as an instrument maker. By 1911, Louis is living with his mother and sister Anne at 141 Wessex Building, Wedmore Street, Upper Holloway, North Islington, and by this time is working as a Clerk Bookkeeper in a metal production business. By 1913, he had moved to Fairmead Road, Islington (between Archway and Finsbury Park tube stations), which places him exactly within the typical catchment area for our Saracens players of this era.

Upon the outbreak of war, it seems that (unlike so many of his Saracens colleagues) Louis did not immediately head to the nearest Recruitment office to volunteer for military service. This could possibly be due to the nature of his employment in an important war-time industrial sector, as, by 1915 he had relocated to 8, Beauclerc Road, Hammersmith, and was employed as a manager of a Motor Body Works. It was also a very important year for him personally, as on 7th November, 1915, he married Linda Grace Wilcox at St John the Evangelist church, Hammersmith. 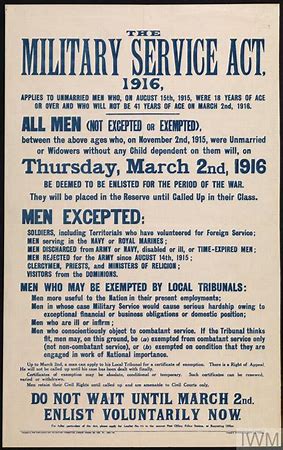 The enormous losses and casualties from the Western Front had meant there were continuous calls for volunteers to join the British Forces from the outset of the conflict. The Military Service Act, passed by Parliament in January 1916, specified that single men between the ages of 18 and 41 were liable to be called up unless they were widowed with children, medically unfit, a practising church minister, or within a certain class of industrial worker. Conscription started in Great Britain on 2nd March 2016, and was extended to married men on 25th May, 2016. Louis Denton joined up on 1st June, 2016 and it seems highly probable that this was in response to the publication of this Act. Although not popular – over 200,000 people protested against the Act in Trafalgar Square in April 1916 – the imposition of conscription enlisted 1.1 million men within the first 12 months.

Louis Denton was assigned to the 2/20th Battalion of the London Regiment and was assigned service number #6115. The Battalion had been formed on 3rd September 1914, and had originally trained in Blackheath and Greenwich Park. During their spell in Bletchworth, Surrey in 1915, the Battalion history records in February that the recruits finally received their issue of old Japanese rifles for training purposes. Further transfers to both St Albans and Salisbury Plain then followed, before the 2/20th embarked for France from Southampton on 26th June 1916.

The Battalion was introduced to the critical details of ‘crater-fighting’ by the 51st Highland Division upon arrival, and had suffered their first casualties at the quarries in Neuville-St-Vaast in action from 12th July. Following this, the 2/20th were assigned to 8-day patrols around the craters facing Vimy Ridge. By this time, they had adopted vermillion-coloured flashes painted on the side of their steel helmets to aid recognition. On 11th September, the 2/20th carried out a pre-dawn raid on the German lines. It was quite possibly during this action that Louis Denton sustained his wounds which were to cause his death on 18th September, 1916. By the end of October, when the Battalion was relieved of their duties on the front line, the 2/20th had sustained casualties of 3 officers and 48 men killed, and a further 5 officers and 187 men wounded.

Louis Denton is buried in the Aubigny Communal Cemetery Extension, several miles away from the front line at Vimy Ridge.  This cemetery was created by the nearby Casualty Clearing Stations for the soldiers who could not be saved and died of their wounds. This sombre note resonates in ORG Williams note regarding L. Denton, whom he recalls as ‘since died of wounds’ when naming him to the 1913-14 best side of the season. He died aged only 26, less than 11 months after his wedding day. He and Linda had no children and his bereaved wife appears not to have remarried, passing away herself in 1964 in Denbighshire, Wales. 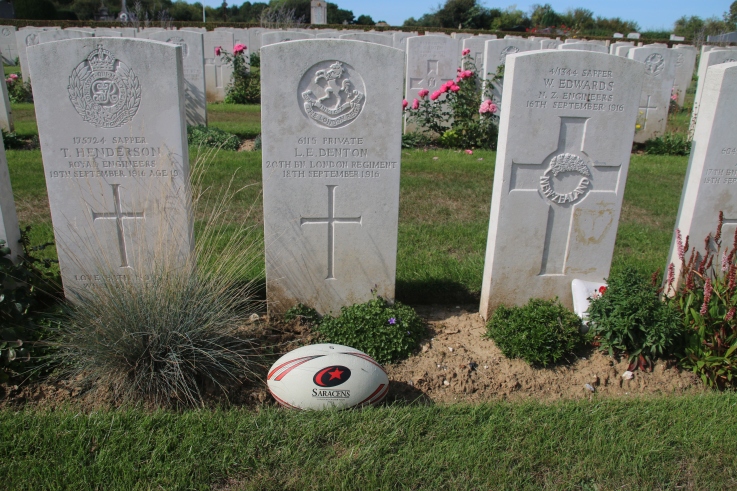 Though without a personalised epitaph on his own headstone, one of those graves immediately next to Private Louis Edward Denton’s carries the inscription “A glorious death is a living memory“….Let this stand as a poignant epitaph to another of our valiant Saracens who made the ultimate sacrifice in World War 1.